The Myth of Money Shortage

Inspired by a discussion over at the libertyhq forum, Smiling Dave has decided to explain why there cannot be a shortage of money, that the whole idea is born of ignorance, as J. B. Say rightly wrote in Chapter 15 of his classic work.

To make sure there is no foul play, Dave has invited his friendly adversary, Devil’s Advocate, to debate the topic. What follows is a verbatim transcript of their epic meeting. 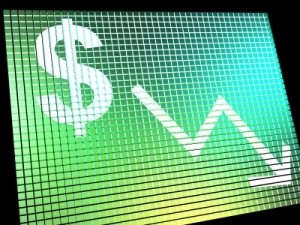 DA: Up to your shenanigans again, hey Dave?

SD: If you mean am I about to debunk yet another economic fallacy with rapier sharp insight, why yes.

DA: Rumor has it you are about to take on not only Keynes and all his merry men, but a group of scholars who call themselves Austrian Economists, who purport to march under the banner of the mighty Nobel Prize winner, Friedrich August von Hayek.

SD: If I’m gonna hang myself, may as well be from a big tree. Besides, Ludwig von Mises is on my side, who wrote in Human Action that “The quantity of money available in the whole economy is always sufficient to secure for everybody all that money does and can do”.

DA: And what topic is it this time, Smiling Dave?

SD: Cast thine eyes up to the title of this article, DA, and you’ll see it’s about the myth of money shortage.

DA: I don’t think it’s a myth at all. I personally could use a few more bucks, and I know plenty of other people who feel the same way.

DA: Why would I be better off, if I don’t get any of that extra five trillion?

SD: Exactly. And yet, you can fill a library as big as the one in ancient Alexandria with books and scholarly articles claiming that if only there was more money in the economy when the need arose, there would be no recessions, no unemployment, in short a Biblical Paradise.

DA: And you are going to take on this mighty array of scholars singlehanded, hey? Dave, they wrote whole books. You have one article, and we’re getting close to its end. So yours better be as powerful and decisive an argument as one of Einstein’s thought experiments.

SD: It is a thought experiment, actually. Let’s say our fearless leader, Barack Hussein, issued one of his famous executive orders that from now on the Dollar is to be called the Obama, in honor of his father. Would that end the recession and guarantee full employment?

DA: Dave, Dave, thou slippest. Of course such an executive order would not change anything about the economy. Nothing would be improved at all. A dollar by any other name is the same old dollar.

SD: Ah, DA, you have yet to hear the brilliant stroke fearless leader has in mind. About a month or two after everyone got used to buying and selling with Obamas instead of dollars, he would issue a second executive order, one that will lead us to the Promised Land, economics-wise.

DA: And that would be?

SD: That every Obama is now to be renamed “Ten Dollars”.

DA: And that helps why?

SD: Don’t you see, DA? He has increased the money supply tenfold. Before the first executive order, you had, say a dollar in your wallet. After the smoke clears from the two exec. orders, you have ten dollars in your wallet. And not just you, everyone in the whole world who had any dollars now has ten times as many.

DA: Don’t be silly, Dave. Just renaming things doesn’t change anything at all.

SD: Exactly. And an increase in the money supply that is arguably fair, in that it gives everyone some of that new money in proportion to what they had before, is really just doing the exact same thing. It is just renaming the existing money.

How right ole von Mises was when he wrote “The monetary crank suggests a method for making everybody prosperous by monetary measures.”

DA: OK, you’ve convinced me. Changing the money supply does nothing. Fine. But now you will have to erase 90% of your blog, where you go on and on about the horrors of printing money. You’ve just proved a claim of those you scorn, who wrote that printing more money will not damage the economy at all.

SD: Printing new money would not damage the economy at all if it was done the way Barack did in those executive orders, making sure everyone got some. But in practice, when new money is printed, you don’t get any of it, do you? Nor does anyone else, except for a very small handful of Barack Hussein’s pals. That’s where the problem is. The ones who get the new money get to spend it, raising prices for everyone who didn’t get any. Inflation. Do a search for Cantillon effects; he’s the one who first explained it.

DA: Wait a minute, now, Dave. You’ve confused the issue. First you said that adding more money into the system does nothing. Now you say it’s harmful. What gives?

DA: You think you’re so smart, Dave, but you haven’t really proven anything. You made up one artificial case, which is basically everyone taking a Sharpie and adding a zero to the denomination of their bills, and shown that in that one case an increase in the money supply is meaningless. But what about all the many other, much more realistic ways of increasing the money supply? Take, for example, Ben Bernanke’s brilliant Quantitative Easing, where he gave all the new money to the banks. You haven’t shown anything about that case, have you?

SD: So how come that huge array of economists never go into that? They don’t say “Print new money and give it all to the banks.” They just say “There is a shortage of money. Print some more and save the world”. As if any way you divvy up the new money will solve the problem.

DA: Dave, don’t be naive. When the masses of unemployed read that the reason they are broke is because the banks need more money, or the govt needs more money, that won’t go down very well. They are sure to say, “What about me? I certainly need more money.”

SD: So instead of the unpleasant truth, that giving a bank more money will make Smiling Dave richer, they waffle and talk about creating more money, not spelling out who gets it.

SD: Sorry, that makes no sense. We already wrote about how giving all the money to one small group hurts everyone else; it doesn’t help them. Have you done the search for Cantillon effects yet?

DA: So what you’re saying, basically, is that printing new money is just a renaming of the existing money. And whatever economic effects that happen are just the result of giving some people free money by depriving others of purchasing power. And those economic effects are just enriching a small group at the expense of the masses.

SD: Exactly. Too bad that array of scholars in love with printing money don’t come out and say, “We want to give free gifts to some people to be paid for by everyone else.” Put that way, they would have a hard time claiming they are ending a recession or curing unemployment.

And the Devil can but nod his head abashedly, stricken by the simple logic of Smiling Dave.

3 thoughts on “The Myth of Money Shortage”