Thoughts on a reformed Militia system

The main idea: Though only a second-best alternative to a nuclear umbrella, a reformed Militia system could still afford weak defenders a way of imposing high costs on much stronger aggressors, with obvious implications for non-territorial defense in a Free Society. 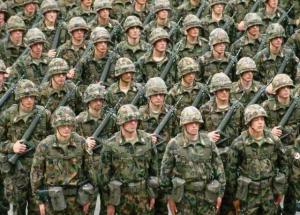 1. The rationale of Militias

1.1 From the position of a weak believer in the ability of a future Free Society to credibly defend itself by conventional (non-nuclear) means, the idea of a Militia begins to look attractive. If non-territorial private defense agencies would probably be underfunded due to public good problems, if territorial entities could not be large enough to property defend themselves due to rational calculation issues, and if, for the time being, a proper credible nuclear second-strike capability is very expensive to procure (that is, too expensive even for China), than one is left with precious few alternatives when it comes to defending against a stronger attacker.

1.2 And indeed, a Militia system along Swiss lines is held in high esteem by some libertarians, who often compare it to the alternative of behemoth, uber-costly conventional armies creating problems too well-known to discuss.

1.3 The idea behind such a system would seem to be that training and arming a large portion of the population to fight a guerrilla war in case of invasion would make such an invasion a very costly proposition, all at a fraction of the cost of proper armies. Other benefits, such as widespread gun-ownership and an allegedly more self-reliant population could follow.

1.4 Yet, there is a feature of Militias which could negate most if not all these benefits: all such systems necessarily rely on conscription. Besides being an obvious and grave defect to the libertarian on moral grounds (cue Mises jokes), just pressing citizens into the armed forces creates some very practical problems too.

1.5 Expecting a large portion of the male population to conduct a proper guerrilla campaign would be as sensible as expecting a million young men to play decently for years in some behemoth orchestra with only a few months of instrument practice. War remains a very specialized business, especially if one expects to wage it from a position of total inferiority as any actual Militia would.

1.6 Such issues may be addressed, at least in part, by making some changes to the structure of a Militia, upgrading it to some version 2.0 as it were.

Yes, let the force flow through you

2.1 Instead of conscripting large swathes of the eligible population, a 2.0 system could rely on fully paid volunteers, as almost all western armies do today. These volunteers could be extensively trained not only in modern insurgency techniques, but also in becoming trainers themselves in case of war.

2.2 Thus, upon invasion, the order would be given for the soldiers to disperse in pre-arranged locations and groups. During the course of the war, when encountering enough civilians willing to join the fight, individual units would split in two, with each daughter unit doing some fighting and some on-the-field training. After the new recruits would be deemed to have achieved good command of insurgency techniques, the unit would again split, with new willing recruits joining. And so on, in a process limited only by the pool of available volunteers – hardly a problem in the face of any decent invasion – and the time it takes for the invader to quit.

I could not resist the temptation

2.3 The advantages of such a scheme, as compared to current Militia systems, could be many. It would do away with the morally reproachable practice of conscription, relying on volunteers alone (paid in peacetime, unpaid in wartime) to do the fighting. An all-volunteer force is often expected to be of much higher quality, if only due to higher morale.

2.4 A core of, say, 50’000 full-time soldiers would be far easier to thoroughly train in insurgency techniques than a recruit pool of a million. Further, if the average conscript spends at most a few years in training, making the retention of whatever skills he may have acquired doubtful in the long run, our full-time soldiers would make of insurgency their profession. After all, guerilla fighters do not have to be brave and angry but ill-trained and rash.

2.5 In turn, this class of full-time insurgents would find it easier to master the use of modern weaponry, which would multiply their effectiveness by orders of magnitude. Afghan fighters in the ‘80s had to be field-trained to fire MANPADs in a hurry, while our fighting force would have years of practice in handling the whole array of weaponry which modern technology allows infantry to use. Such weapons could be stocked in pre-selected locations dispersed throughout the territory, greatly simplifying logistics during an actual war. The new recruits would need to be armed, in true guerilla fashion, with the weapons of the invaders themselves.

Ugh, on second though keep it, we’ll manage

2.6 Also, the pattern of resistance to the invaders would more closely match the effectiveness of the average insurgent. It can be argued that the initial resistance of any Militia to a full-scale attack would incur very heavy losses, with the insurgents having had no time to build up experience. Losses in the first few weeks could easily outnumber those of whole years of guerilla warfare conducted by a more skilled force. This, in turn, would make manpower scarce precisely at the time when, later in the conflict, there is much experience to be shared and great use can be made of every single soldier.

2.7 Our Militia 2.0 would instead rely of a relatively small core of well-drilled and well-armed resisters in the crucial first weeks, and only expand in size at a pace allowed by the experience build-up. Loses per combatant could well be a fraction of those suffered by a standard insurgency movement.

2.8 Finally, the cost of maintaining such a system would be a fraction of those needed to maintain a modern army, without sacrificing much in weapons and training quality. One may be stocking on the most advanced focal-plane array shoulder-launched SAM, or on silent long-range sniper rifles, but no weapon available to a resistance fighter can ever match 70+ tons Main Battle Tanks or 100 Million+ semi-stealth fighter jets when it comes to cost. The cost advantage in relation to a conventional Militia system could be much lower, but still present.

2.9 I will not discuss the advantages of any guerilla campaign which would be retained in this model. Let it only be said that insurgencies truly are a good example of a dispersed, non-hierarchical defensive effort, if they can be made to work more efficiently without sacrificing their essentially voluntary character. I see no reason why a Militia organized along these lines could not inflict intolerable loses into a modern conventional land invasion force, all while presenting no grave economic burden or threat in peacetime.

2.10 There is little space here to discuss the interesting political effects of a successful campaign waged along these lines. Again, let it be said that part of the soldier’s peace-time training could well include something on building a decent political structure. If the political clout of a successful guerilla fighter allows him to easily impose the post-war political structure, there is no reason why all such structures must necessarily turn out to be totalitarian nightmares after the fighting is done.

3.1 Despite these alleged benefits, even this reformed Militia system would still suffer from noticeable problems, of which three are worth mentioning.

3.2 First and foremost, it would leave a small country today – and a Free Society tomorrow –  wide open to any form of attack other than a land invasion, including massive air strike campaigns or naval blockades. Lest one be tempted to think of such modern forms of warfare as less threatening than an old-fashioned invasion, it would be well to bear in mind that any society which relies on the division of labor and on a technological infrastructure of any sort (attentive readers will notice that this description perfectly fits a Free Society) can be easily and quickly brought to outright starvation by a well-run air campaign or blockade. Against such an attack, any Militia would be powerless. 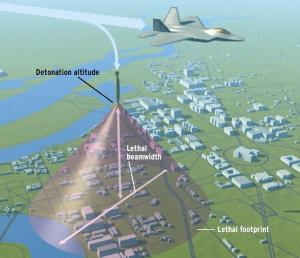 Yes, yes, of course there would be no centralized power stations to target in a free Society

3.3 Second, successful guerilla movements seem to rely on both ample assistance form a third party and, paradoxically, on the goodwill of the invaders themselves. It could be argued that by careful advance preparation, the need for outside assistance could be minimized in the Militia 2.0 system, but the fact still remains that any truly ruthless invader may think nothing of interning the whole civilian population in massive concentration camps, leaving insurgents exposed to a proper counterattack. Though highly improbable with modern armies, the invader’s political leadership might still insist on using such techniques, at a huge cost in blood and treasure of course. 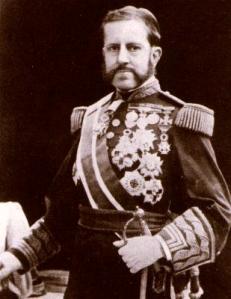 Been there, done that, bought the shirt

3.4 Third, technological developments may come to the point of greatly reducing the effectiveness of an old-fashioned insurgency. Although the current predicament in Afghanistan and former ones in Iraq, Lebanon and Chechnya (among others) would seem to indicate otherwise, the chance that the very next breakthrough in, say, drone technology could mark the end of the infantryman as an effective fighting force are non-negligible. After all, every once in a while some new chic theory allowing for vastly cheaper and more effective defense against a stronger opponent comes along, and very few actually deliver.

3.5 Still, all in all it can be argued that the Militia 2.0 system described above gives a reasonable way of imposing high costs upon a potential aggressor, especially in conjunction with some air- and sea-defense investment to guard against the worst of a potential air-strike of blockade.

4. Paying for it all

4.1 A final difficulty with this system concerns anarcho-capitalist alone: although cheaper to maintain than a conventional alternative, a modern Militia would still be hard to run on a for-profit basis due to free riding issues. Though it may be easily conceded that paying clients of some Defense Agency may be distinguished and afforded protection, it is just as easy to see that this would make our insurgents easy to predict. All the invader has to do is to attack a known customer of a given Defense Agency and wait for the dully notified insurgents to show up. Such predictability would completely negate whatever advantage an insurgent has against a conventional attacker.

4.2 Such a privately run Militia system would, on the other hand, be yet easier to maintain than a privately-funded conventional army. And if an Agency sporting a conventional army cannot afford to protect only select customers in a non-territorial fashion (ever tried to shoot down only the part of a bomber targeting the last house on the block?), and must either fight full-on from day one or else renounce the war altogether, an insurgency group can afford to linger around for years, waiting for the right opportunity to inflict random loses on the enemy.

4.3 Even the problem of predictability discussed above may be tacked by having the Defense Agency pledge to attack the invader in an unrelated random location instead of protecting the actual client being attacked. Deterrence would thus supplant defense, making the pledge to proceed only paying customers credible.

4.4 To conclude, though not comparable to a proper nuclear second-strike capability, open to non-traditional attacks form the air and sea, and not fully credible as a viable defensive mechanism form a Free Society, a modernized Militia system may yet succeed in bridging the gap between what costs are now and shall be in the future possible to inflict upon a stronger aggressor, without infringing all too much on individual freedom.

One thought on “Thoughts on a reformed Militia system”