Private Education as a Way to the Future

“In large states, public education will always be mediocre, for the same reason that in a  large kitchen, the cooking is usually bad.”

The common faith of government today lies in the power of state funding through taxation. The reasoning goes that if the state can mobilize vast amounts of resources for things such as wars, highway infrastructure and space exploration, why even leave anything for the private sector to do? If the state can fund a large military, why can it not alleviate poverty or educate the poor? Private service X is only for the rich, but by the mighty power of public institution X, the poor too can have a chance at life. Never has a greater lie ever been told than this.

END_OF_DOCUMENT_TOKEN_TO_BE_REPLACED

I think that it’s quite obvious that libertarianism is much more of a worldview now than anything else. Long gone are the days when libertarianism and its good friend the Austrian School were known as simple and respective political and economic philosophies. As of today, Austro-libertarianism digs so incredibly deep in various matters of sociology and the everyday life of its proponents that early thinkers like Menger and Bohm-Bawerk would be astounded if exposed to the product of its evolution.

Not too many people however hold something like the Austrian School, an economic social science, to be related to a prominent branch of human art such as film. Indeed, the Austrian School may actually represent the driving force behind movies. I am under the impression that both praxeology and Austrian spontaneous order theory are what can be used to pull a viewer into the picture, not through the economic actions of the characters of course, but by applying these theories to the characteristics of the characters themselves.

END_OF_DOCUMENT_TOKEN_TO_BE_REPLACED

A Dual Analysis of Breaking Bad and the Walking Dead: Part 1 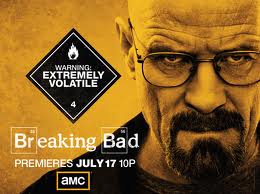 Well here’s an unlikely post, let alone a series of posts. What could interest me enough about these two shows that would bring me to deface our beautiful website with talk of television? The answer is that they are very high quality television shows, and they provide legitimate insights into human behavior. These aren’t midday soap operas, they are impressive works of fiction. What brings me to write about them, however are the characters within the two series. Not only do both series have tremendous character development, but they have a fantastic character growth (even if this growth is negative). Most importantly, both shows allow us an insight into theoretical extreme conditions which people must overcome, and they contrast each other beautifully in this respect.

The Walking Dead provides a vivid scenario in which individuals must overcome the destruction of the entire societal order which is then replaced by a constant threat of violence, death, and scarcity. Meanwhile Breaking Bad offers us an example of a man who has destroyed his own life through his own actions. He began with the best of intentions: to help his family, but has increasingly been corrupted by the lure of power and wealth to the point that he has come close to destroying everything that he once was and that he originally worked to preserve.

The two scenarios are antithetical to one another. While the latter takes place entirely within the framework of society, was chosen on some level, and could have been escaped at several points within the story, the former show envisions a scenario which was in no way chosen, destroys the societal order, and presents characters with a terrifying reality that they can never escape.

I believe that both offer us insights into human behavior under certain dire, and fascinating, situations, and therefore they are worthy of a deeper examination.